What is Manifest Services that “Lifted” 3.5 mil. Euro – Capital.gr 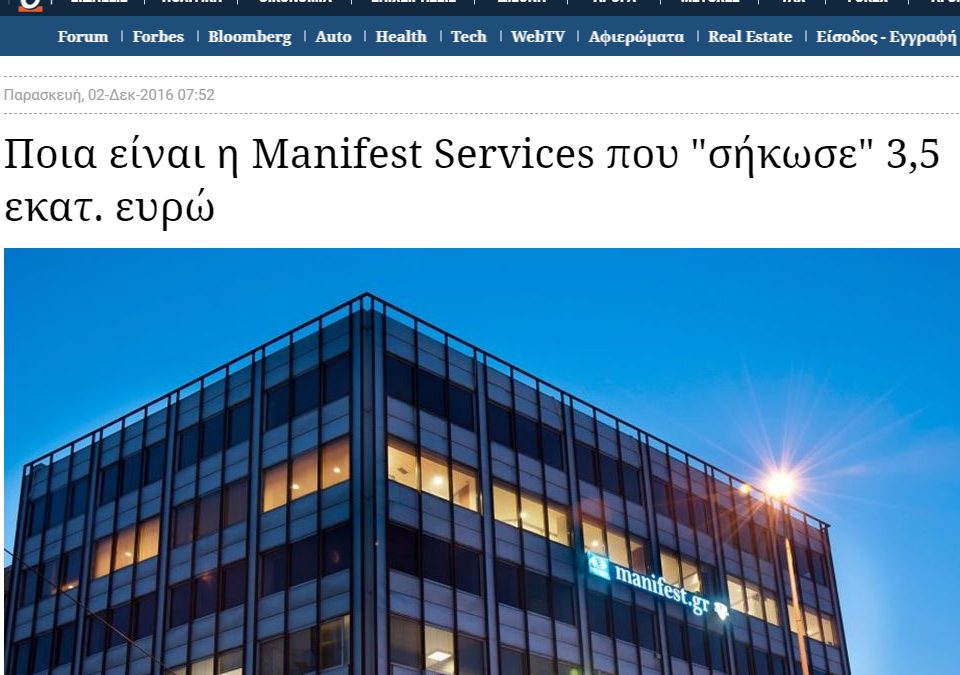 With the support of small and medium enterprises a strategic priority of the European Union, Manifest Services managed to “Lift” means the fund SouthBridge, supported by the European Investment Fund (EIF), amounting to 3.5 million euro capital. Manifest is a Greek company based in Piraeus engaged in providing services for facilities management and infrastructure, providing the necessary supporting staff (facility management).

According to connoisseurs, the sector of facility management (FM) is developing, representing, at European level, a market with a turnover of around 3 billion. euros, according to European FM network. As the founder and CEO of Manifest Services DionysisAmmolochitis, the company is a leader in the industry facility management and offering of the 2003 “business to business” services concerning the management of building large-scale facilities and high requirements. It also notes Manifest-, participating in “21stFM Alliance “, is the only Greek company in the sector with a presence in almost 10 countries in Europe.

Manifest manages 1,100 buildings, employs 500 employees in Greece, It operates in eight countries and 75% of its clientele is multinational groups (eg Coca Cola HBC, Nestle), while one of the most recent collaborations concern in Santorini Hotel Group Grace. At the company, domestic hotels found in long delay the benefits of outsourcing (outsourcing) of facilities management services.

The company has calculated that produce on a daily basis, approximately 3,000 working hours, while in 2016 invested in technology EUR 100,000 target customers through special software, be aware of the needs covers the company and what equipment is used.

Note that Evi Hadrian (co-founder of SouthBridge), GeorgeMavridis and MiltosKornaros are three of a total of six membersboard of the fund. 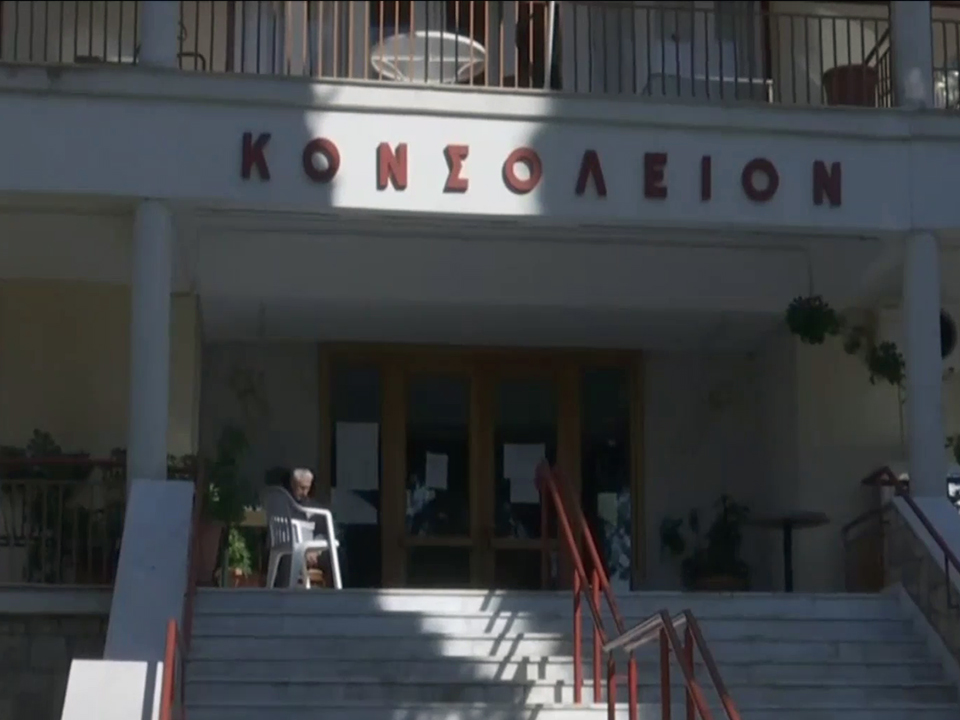 Manifest on the side of the elderly 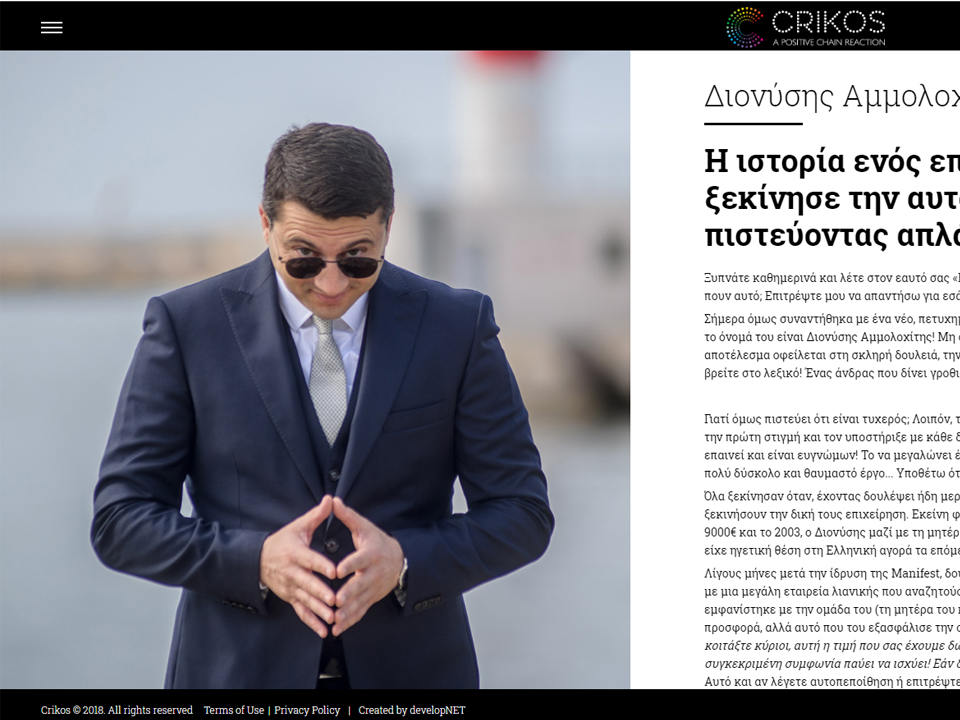 The story of a successful self-made entrepreneur who started his empire from scratch by believing “I can and I will… just watch me”! 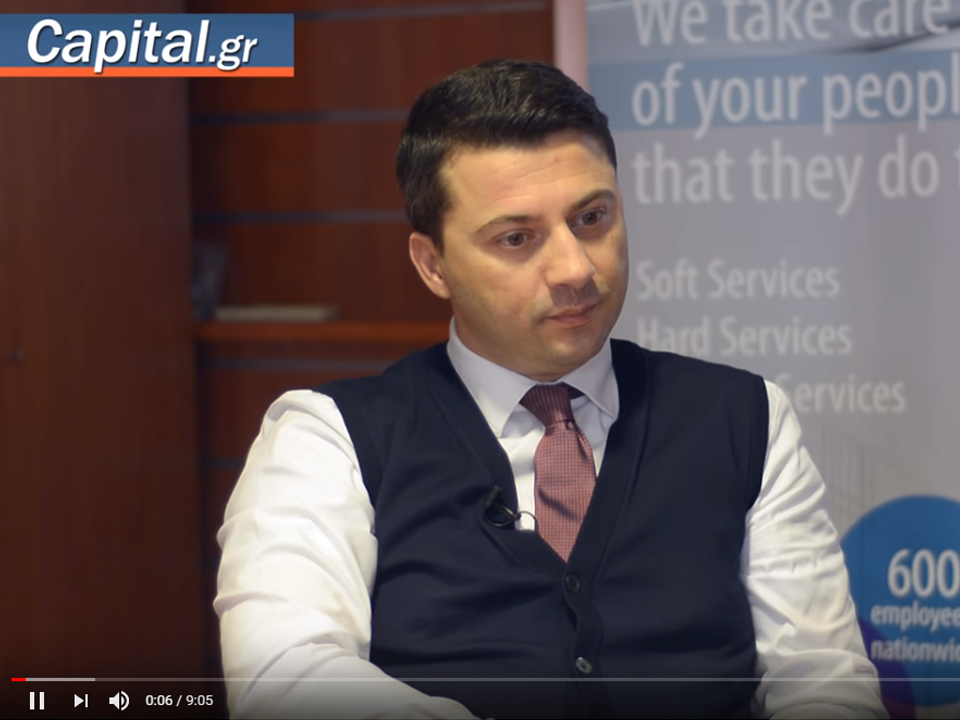 Dionysis Ammolochitis talks about the role of Facility Management 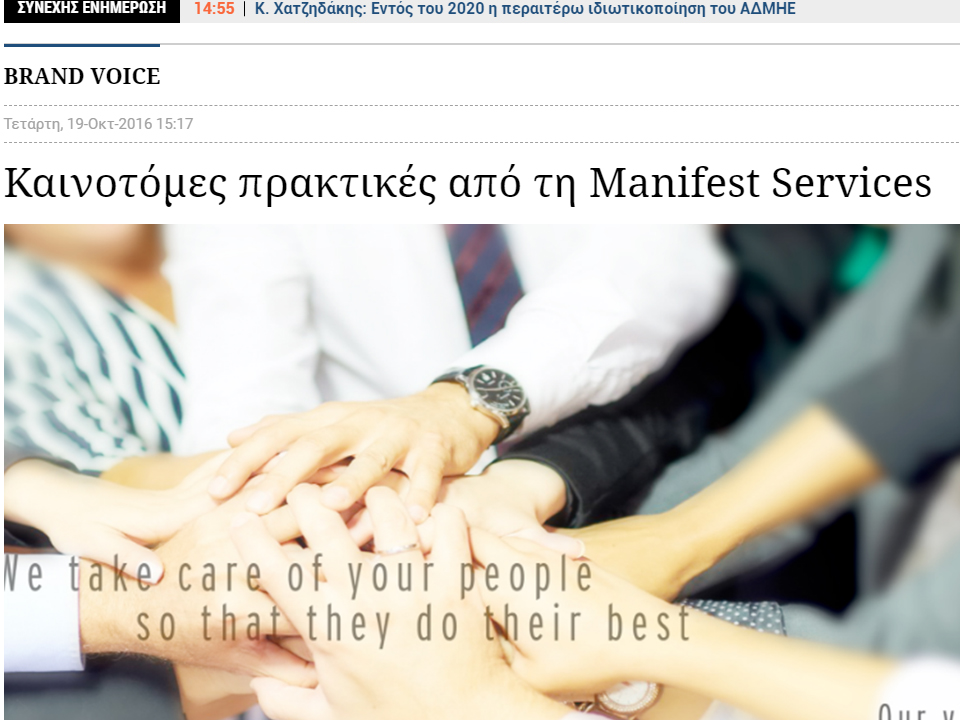 Manifest Services leads the industry in Facility Management in the new era – Capital.gr